Around 2007, I began making small paintings of abandoned army barracks in
Fort Tilden, on the Rockaway Peninsula. Now decommissioned, Fort Tilden is
part of Gateway National Park. In 2010, I revisited the paintings, imagining
a 16-foot rise in sea levels, caused by the Greenland ice sheet sliding into
the ocean. In 2012, Superstorm Sandy struck, with a 16-foot wall of water.
The water has receded, for now, but the area has been completely
transformed, covered with sand from what was once huge protective dunes. I
am revisiting the barracks once again, looking at a landscape covered by a
blizzard made of gray sand. The paintings now come in sets of three. 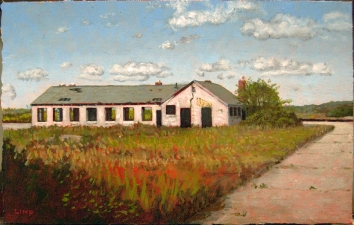 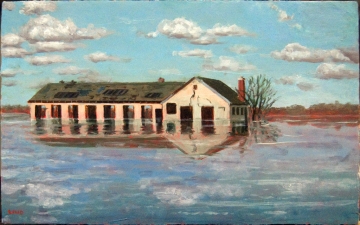 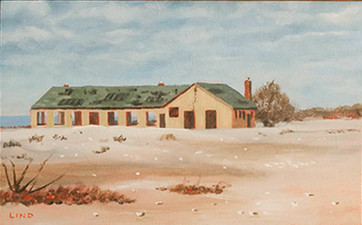 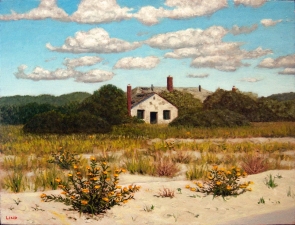 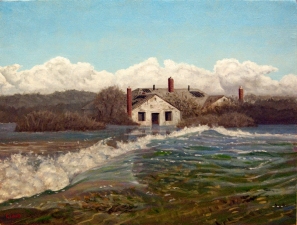 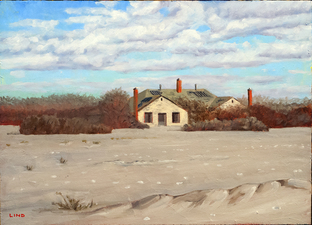 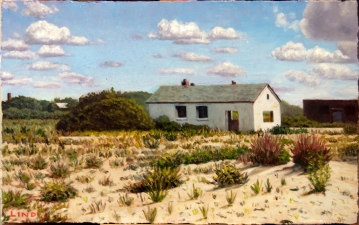 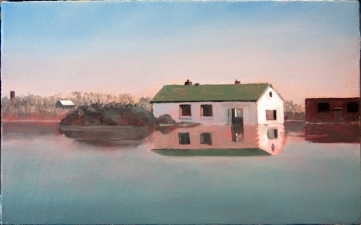 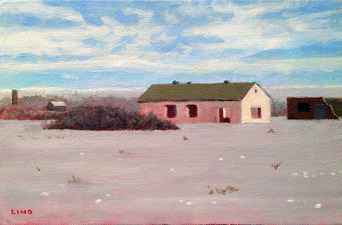 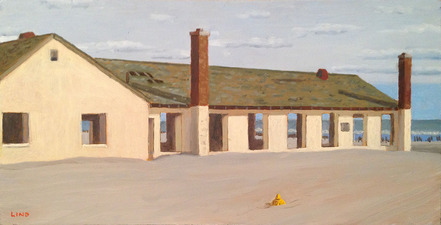